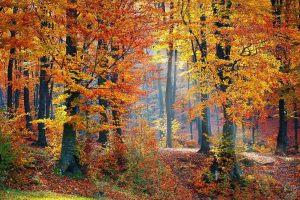 Fall Equinox is a time of balance. Days and nights are exactly the same length for a short time. The sun moves into the astrological sign of Libra, symbolized by the scales of justice. As we move into the dark half of the year, we have an opportunity to explore what in our lives and our world might be out of balance and to work to restore equilibrium.

Dr. Christine Blasey Ford, who accuses Supreme Court nominee Brett Kavanaugh of sexual assault that occurred when they were both in high school, wrote that he and his friend Mark Judge tried to silence her in multiple ways: “Kavanaugh physically pushed me into a bedroom as I was headed for a bathroom up a short stairwell from the living room. They locked the door and played loud music, precluding any successful attempts to yell for help… With Kavanaugh’s hand over my mouth, I feared he may inadvertently kill me.”

Now, thirty-five years later, as Dr. Ford is finally speaking up publicly about this attack, against her strong preference to remain anonymous, powerful men try to silence her again. She is confused, they say. She doesn’t remember key details about the attack. They don’t believe her. Maybe it was someone else, not Kavanaugh. Let’s hold the Senate Judiciary Committee hearing on a day she can’t come and then blame her for not participating.

Paradoxically, one of the main criticisms from these men is that Dr. Ford didn’t speak up sooner. As if the way they are responding to her story isn’t evidence enough of how treacherous doing so is for women. Instead of seeing her hesitation to speak as evidence of trauma and of the truth of her story, they frame it as evidence that she is lying.

We hear a lot in the media about the extent to which women speak up about crimes that men commit against them, or don’t speak up, and why. The other half of the dynamic is that men don’t listen to women as well as women listen to men, by far. Let’s talk about that: why do men have such a hard time listening? Why do they wait so long to listen? We’ve given them lots of opportunities to listen, and they haven’t listened yet. Why? Maybe that’s evidence of their guilt. Try that line of reasoning on for size.

At its best, listening is not passive; it’s not simply sitting silently while someone talks at you. It’s active. It involves physical and verbal action that assures the person talking that you are paying attention to what they are saying and that encourages them to continue, even when it’s hard for them. Even when what they are saying makes you uncomfortable.

Physical actions can include making eye contact, leaning forward slightly, having an open rather than closed body posture and facial expression, nodding at times. Verbal actions might include short affirmations and invitations like “Uh-huh,” “Go on,” ”That must be hard,” or my favorite, “Tell me more about that.” You can also make reflective statements, in which you repeat back some of what the person has said to check your understanding and show your interest and involvement. I’m not talking about rote recitations that sound like a recording machine. That can be annoying. Rather, effective reflections use either the same words as the person or your own paraphrasing of what they said in a way that shows them you are taking in what they said. To be sure you are, you can ask: “Does that sound about right? Did I understand what you were saying?”

Above all, suspend judgment and hold off on offering your own version of what happened or any advice about what the person should do. If you want to give them a suggestion, ask permission first. They may simply want you to hear them without reacting from your own point of view. This is particularly true of experiences that are traumatic. Often, the effect of advice is to shut people down rather than help them.

Listening well takes practice. Start with less threatening situations and work up to the hard conversations. Ask for feedback. You will be amazed at how much more positive your interactions become.

Women listen to men in part because our lives have depended on it. We need to know where they stand and how they are likely to treat us, in overt and subtle ways. Many men haven’t fully realized that their lives also depend on knowing how to listen to women. But in fact they do.

When women speak more and men listen to women more, we will live in a different world than we do now.