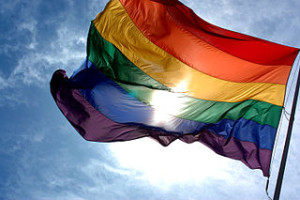 On Summer Solstice, June 20, the brightest point on the Earth’s journey around the sun, the day starts early and ends late. Here in the Pacific Northwest, the time between sunrise and sunset is more than 16 hours, twice as long as at Winter Solstice, and the light lasts even longer than that. This Solstice, the full moon in Sagittarius falls just 12 hours before Solstice, so the brilliance extends into the night.

This week, we need all the light we can get.

At Solstice, what has been hidden in darkness becomes clearly visible. Seattle’s LGBTQ Pride Weekend is always the last weekend in June, commemorating the uprising at the Stonewall Inn in Greenwich Village in the early morning of June 28, 1969. The movement for LGBTQ rights in the US dates from the moment when a crowd of queer folks and street youth took a stand against police oppression after their safest haven was raided without warning. Queer and transgender people of color played lead roles in this brave and outrageous act of resistance.

More than four decades later, on June 26, 2015, the US Supreme Court did something that even the most idealistic protesters at Stonewall would never have predicted: the justices handed down a landmark ruling to extend the right to marry legally to same-sex couples in all 50 states.

The two most murderous attacks on LGBTQ people also occurred very close to Solstice. One happened last week at the Pulse Club in Orlando, FL, and we are still reeling from the impact. The other received much less notice. On June 24, 1973, an arsonist torched the UpStairs Lounge, a gay bar in New Orleans. Some people escaped; 32 were trapped between the fire and windows blocked by metal bars. After the fire was out, firefighters found their charred bodies, some embracing each other.

The carnage was worse in Orlando, but the reaction nationwide showed the changes that have taken place since the New Orleans inferno. The news coverage was extensive and sympathetic. The President of the United States came to offer his condolences to the families of those killed. As one of the survivors of the earlier fire said, “To see the outpouring of love and support that these poor families have gotten is fantastic. They are hurting the same way we hurt, but at least they know that the world supports them and understands their grief.”[1]

Unbelievable as it may seem, in 1973, “Churches refused to bury the victims’ remains. Their deaths were mostly ignored and sometimes mocked by politicians and the media. No one was ever charged.” The Rev. Bill Larson, of the Metropolitan Community Church, which welcomed members of the queer community, was one of the victims. He had never come out to his family, and “his mother refused to collect his ashes because she was too embarrassed that she had a gay son.”[2]

Clearly, homophobia still exists, in subtle and violent forms. But this Solstice, my heart is full of love and gratitude for all of the LGBTQ people, our families and allies who have worked unceasingly for decades to bring about significant changes in all of our lives. All the lesbians, gay men, bisexuals, transgender men and women, queers, two-spirited people, intersex and gender fluid folks, drag queens and kings, dykes, faeries, butches and femmes, all of us, by whatever names we call ourselves and each other, from all races, cultures, and backgrounds. Those who are out and those who are still questioning or closeted. Those who are alive and those who have died, from natural causes, HIV, cancer, murder, suicide, addictions, despair, lack of access to affordable, skilled, and sensitive health care. Those who have children, through heterosexual relationships or with our same-sex partners, and those who don’t. All of the children who grew up in the context of our love and our difference, and all of those who supported us in raising them.

Whoever and wherever we are, we take a moment to stand in pride in the full light of the sun and the moon.